An update on how Players is managing remote learning. 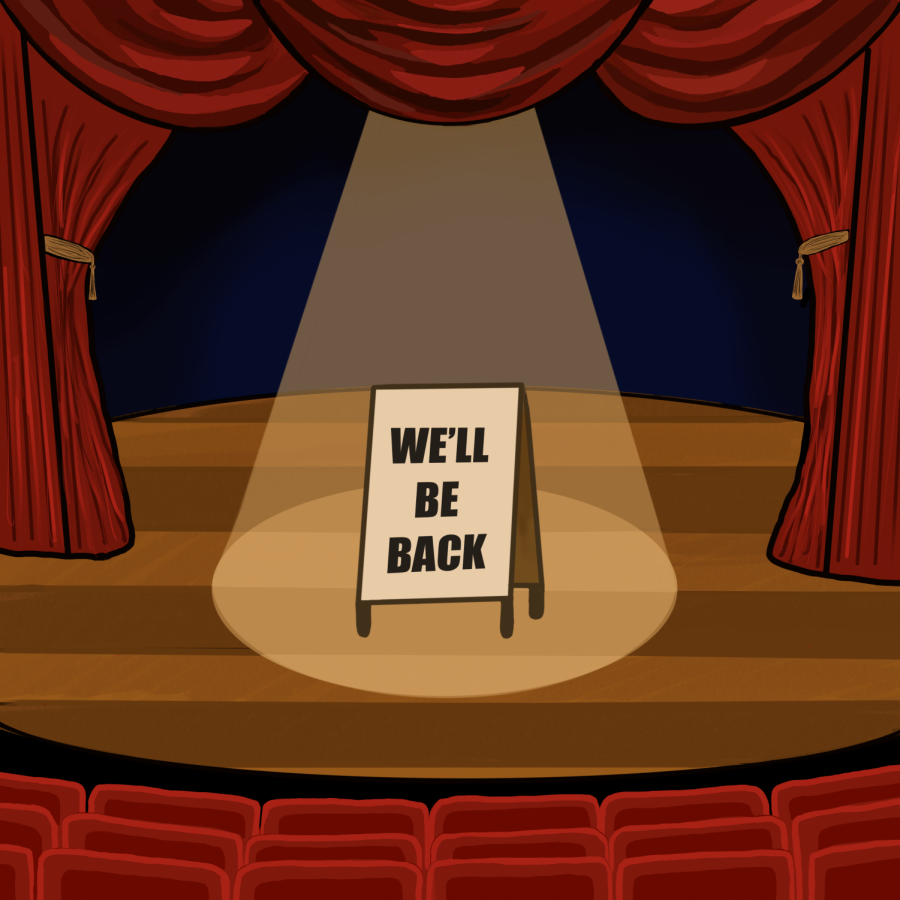 For LM Players, spring usually means the third and final production of the year. Last year, they planned to draw students and community members alike to the school with a performance of The Complete Works of William Shakespeare (Abridged). However, the COVID-19 pandemic, of course, cut that production short.

While school has returned in some form and sports are back in action, Players is still not operating like it once was. There was no musical the week before Thanksgiving this year, in fact there are no productions planned at all so far for this year.

“At the moment, it seems that big productions will be extremely difficult, though not impossible, to put on at this time,” said Players President Anne Hamilton ’21.

These setbacks aren’t stopping the Players Executive Board from exploring other options in order to keep the club alive during the pandemic. Hamilton said, “At the beginning of the year, we began planning for a showcase, or festival of sorts, to be able to celebrate what Players members can do.” However, that idea fell through, in a way that is emblematic of the difficulty of creating and participating in activities during this time. Continuing, Hamilton added, “We’re so used to doing similar things with similar structures that it becomes difficult to break out of that box and get people excited about something new.” Earlier this month, Players met for the first time in person since March in order to “bring [the] community back to life,” according to Hamilton. The leadership team is working to try and see what the members want to do and how they believe they should press forward.

But nothing will ever live up to live productions. Hamilton said she “gave up on volleyball my junior year so that I could put more effort into Players, so it’s definitely a major disappointment to not be able to do what I’ve been doing and what I am good at.”

Rebecca Altman ’21, a member of the club, also felt that same sorrow, saying, “It’s sad that the Class of 2021 can’t have the normal Players experience for their last year of high school… While I’m glad it’s still running in some capacity, it doesn’t mean that it isn’t disappointing.”

“I definitely miss Players as usual, but I understand that it would be impossible for us to operate as usual in these circumstances, so I am thankful for what we get to do,” said Lily Greenberg ’23. She also added she did feel sympathy for the seniors who won’t get to participate in their final year the same way they had expected to.

Hamilton says what she’s missing most at the moment is the community of Players. That’s why for now, most of Players’ ideas are focused on “[bringing] back that sense of community.” Ideas include online movie nights and game nights, with a goal to choose activities that everyone can benefit from and participate in. Despite the changes, Hamilton sees this as an opportunity for Players. “I am really excited about the opportunities that we have to spread our wings and try new things.”

Amongst loyal members of the club, there seems to be no wavering in enthusiasm and attitudes towards Players. “I really appreciate all that the board has done to try to get us the Players experience as best as possible,” says Greenberg. “Obviously I miss Players, but leadership decisions are super dependent on what the safety regulations allow, and I understand that they are doing what they can while following those regulations.”

Altman agrees, “I think [Players leadership is] doing the best they can considering the circumstances we are in.” She added, “I don’t see how they can feasibly do [a production] without excluding large groups of people due to restrictions.”

Players may be very different this year, but Hamilton still made an impassioned plea for students to join. “We want as many people to get involved as possible, even if you’re a senior who has never even considered it before. We have options for anything that you could imagine.”