The Aces dominated throughout their game at Harriton. Sam Davison ’21 hit a magnificent shot that went viral on SportsCenter. 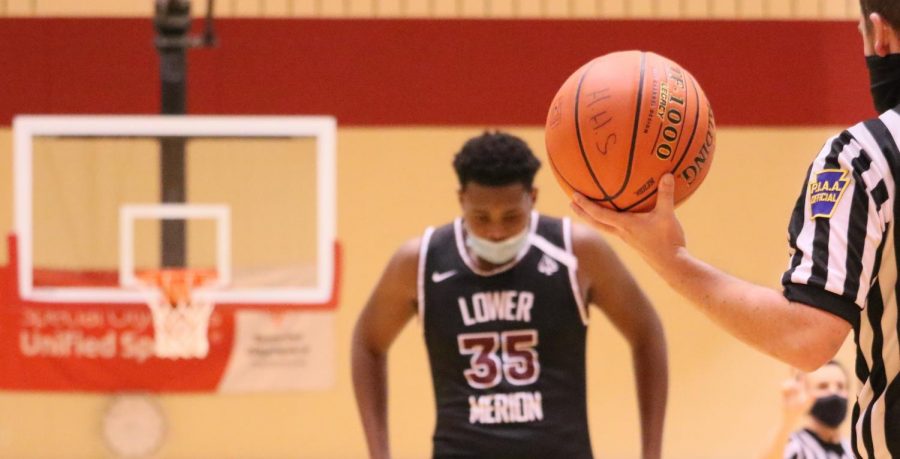 It was a little over a year ago when Marcus Bradley-Lowry, a star senior guard for Harriton’s boys’ basketball team, scooped in the go ahead layup with no time left on the clock versus LM to win the game. The defeat, ending a 17-year win streak against Harriton, struck deep in the hearts of the LM basketball team and community as footage of the buzzer-beater was spread all around the internet including social media titans Bleacher Report and House of Highlights.

Thursday, February 11 was the first time the two inner district rivals have met since that ill-fated game. Thursday’s game started off in an eerily similar fashion, with Harriton opening the scoring books with a three pointer. However, this would be Harriton’s first and last lead of the game. LM responded with a vengeful scoring surge, prompting Harriton’s head coach, Jesse Rappaport, to call a timeout only a few minutes into the first quarter. An animated Rappaport threw his clipboard onto the ground, exclaiming that LM was simply outworking and out hustling Harriton up to that point in the game. Unfortunately for Harriton, the Aces would continue this tenacious hustle. Senior guard Sam Davison acknowledged that last year’s loss to Harriton was a huge disappointment, however, he revealed that the team was able to use it as fuel to play with “extreme energy and passion on both sides of the floor.” LM would put up 25 first quarter points including 9 from big man, Demetrius Lilley ’22. This scoring trend would only continue in the second quarter as LM put up 21 points in the second frame.

The highlight of the half, and the whole game for that matter, came in the final seconds of the second quarter. After a Harriton miss, the ball was bobbled between players before being snatched by guard Sam Davison who had just enough time to heave the ball from his own free throw line. The ball traveled 70 feet, in a similar trajectory to a mars rover as it seemed to keep climbing higher and higher, reaching the atmosphere before plummeting back down to earth and swishing through the opposite hoop. The stunned audience went into a frenzy as the LM bench swarmed Davison on the court before the team was quickly ushered back to their locker room for halftime. Davison would end the game with a game high, 18 points and a highlight of a lifetime in LM’s 71-33 routing of Harriton.

The next morning (Friday, February 12) Sam’s moonshot was featured on SportsCenter’s top ten plays list, coming in at number five. When asked about the big shot, Davison revealed he didn’t actually think it was going in until the last moment as the ball curved perfectly in line. It appears things have come full circle as both schools have exchanged viral highlights between each other. Though don’t expect the now 6-1 aces to be too hung up on this win. They now look to Monday where they will face off against an extremely tough opponent – Garnet Valley – in a possible Central League finals preview.