In memory of Michael Stettner

A commemoration of Michael Stettner, a science a teacher at LM. His students, fellow colleagues, and those close to him provide a few words to remember him and the impact he left on LM's community. 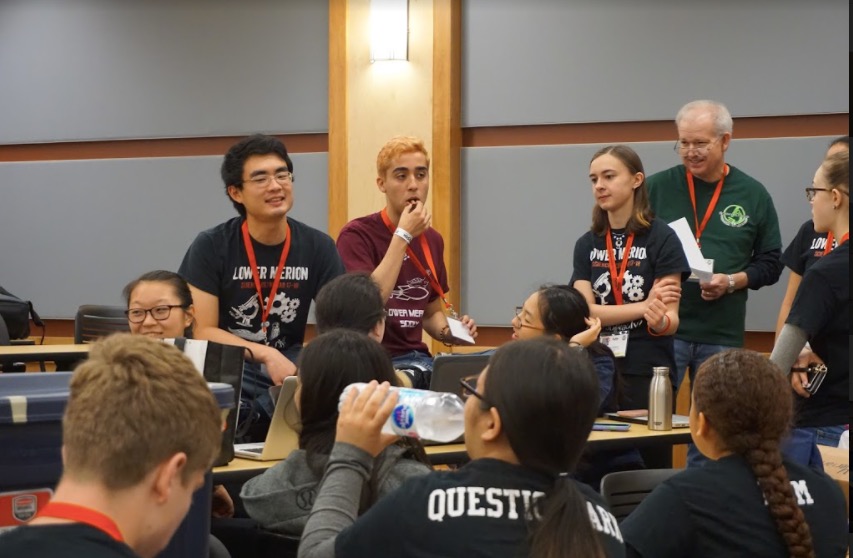 On February 13, one of LM’s own, Michael Stettner, suddenly passed away. Stettner was loved by his students throughout his 26 years of teaching at LM. He taught a variety of classes, including earth sciences, environmental science, geology, meteorology, and oceanography. Joining the LM staff in 1994, Stettner immediately found himself immersed in the community. He coached the Science Olympiad team and was able to lead them to two state titles as well as a National competition. Alumni Molly Cutler ’19 spoke about her time with LM’s Science Olympiad team: “I was newer to Science Olympiad than a lot of the rest of the team, but he welcomed me in immediately, and I never for a second doubted that he valued me as a person and a team member just as much as anyone else. I can honestly say I would not still be studying STEM and running science olympiad tournaments today had Mr. Stettner not shown me that science can be for everyone, and that the pursuit of it can be filled with wonder and joy. He gave so much time, energy, and care for the team and constantly went above and beyond for his students.” Additionally, one of the current Science Olympiad members, Amy Huang ’23, expressed, “Mr. Stettner was undoubtedly one of the most caring individuals I have ever met. From waking up at ungodly hours to accompany us to Science Olympiad competitions, to welcoming us into his room every day during lunch and after school, his commitment and love for our team was undeniable. The kindness he showed us was inspiring and pushed us not only to be better students in the classroom, but also better people.”

Aside from Science Olympiad, Stettner truly enjoyed working with the students that he taught. Jamie Eldrige ’21 added, “I would say that no matter the unit or topic we were on, he always had passion for what he was teaching us. He also never failed to ask a student what they had for lunch each class.”

An indispensable asset to the Lower Merion Education Association (LMEA), Stettner held a variety of positions to aid his colleagues: Secretary – Professional, Vice President – Professional, and the Co-chair – Professional for the Committee on Rights and Responsibilities. For over thirty years, he supported those in the field of education by actively advocating for contract compliance for those in education with his role as liaison to the Pennsylvania State Legislature. Not only did he aid his students daily in constant academic reinforcement, LM teachers remember him as an extremely valuable part of the community. Many of his colleagues remember him as a passionate teacher, with physics teacher Nora Christman commemorating, “I had the opportunity to share a classroom with him a couple years ago, and would sit in the office with the door open so I could listen in as he taught Environmental Science; his passion for the subject was inspiring to me and to his students. The countless hours and love he dedicated to LM’s Science Olympiad Team fostered scores of young scientists. My heart goes out to his family and to those in all of his communities. Thanks for everything, Mike.” Another colleague and close friend who taught environmental science alongside him, Taryn Stevens, reminisced, “Here’s what I learned from Mr. Stettner: 1) be generous with your praise of others, 2) go out of your way for friends, 3) don’t take yourself too seriously and laugh often, 4) take time to appreciate the beauty of the world around you, and 5) treasure your family – they are your most precious gems.” Stevens continued, “Mr. Stettner (Mike), ‘because I knew you, I have been changed for good.’ Your legacy of kindness lives on in each of us whose heart you touched and, for that, we are eternally grateful.” Michael Stettner will never be forgotten by those at LM; a kindhearted and devoted teacher, he will be deeply missed.

“He woke up at ridiculous hours to get us to tournaments, checked on us when we were having bad days, let us horse around in his classroom all day and sometimes joined in on the jokes, and really, fully be- lieved in each student individually and our ability to succeed. He was always proud of the team when we did succeed, and even when we didn’t. I will miss him immensely, as I’m sure so many who knew him will.”

“These pictures were taken at Emer- ald Isle, NC, his very favorite beach vacation town. Mike loved teaching at LMHS. He was proud of his SO team students! He was always impressed by their work ethic, enthusiasm, and team spirit. Really, LMHS was a second family to him.”

“Mike Stettner was one of the most generous, playful, patient, knowledgeable, grounded, and empathetic people I’ve ever known. I can’t count the number of times he went out of his way to help me without a second thought, or the number of times he greeted me in the Science DPC on a Tuesday morning with a relieved ‘Well at least it’s Friday!’”

“He was a man of many hats. He was the weather guy, rock man, Oceanographer, SciOlympian, tree hugger and just out of this world person (reference to astronomy). On our trips to science Olympiad events we would always discuss our families and he was very proud of his kids. He will be greatly missed.”

“Every time I think of Mr. Stettner, the lyrics from the song ‘For Good’ float through my head – ‘people come into our lives for a reason, bringing something we must learn.’ Seems fitting for my dear friend, cherished colleague and devoted teacher. Your legacy of kindness lives on in each of us whose heart you touched and, for that, we are eternally grateful.”

“Coach doesn’t even seem like the right word for it because he was so much more than that. Stettner sacrificed huge amounts of time and energy for us. He constantly went above and beyond for our team and he was the most dedicated, kindhearted, hard working person in the school.”