The boys' basketball team added to its storied legacy this past season, defeating all the odds to be crowned district champions. 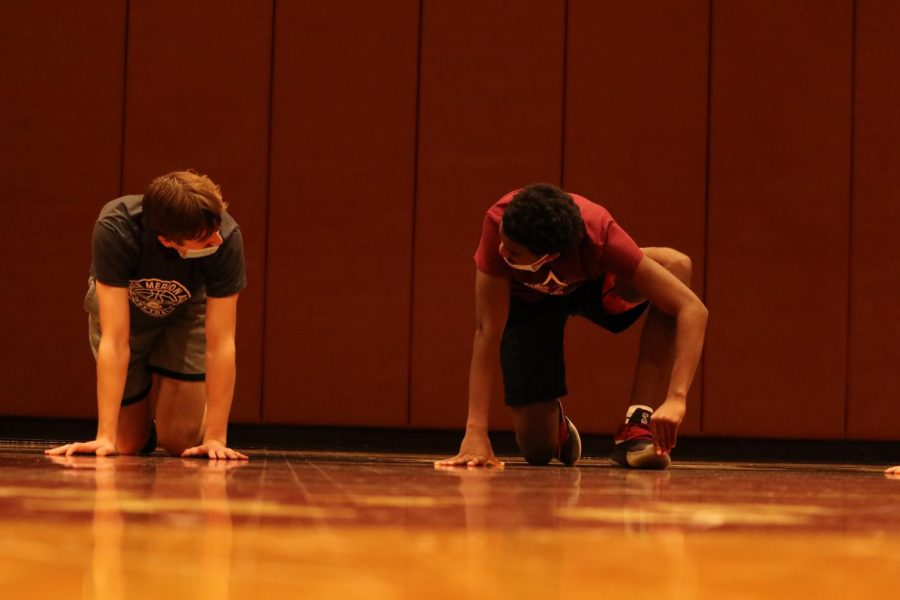 On Tuesday, March 9th, Lower Merion basketball fans everywhere were filled with nervous anticipation as the boys’ varsity basketball team traveled to Downingtown West for their first round matchup in the PIAA District 1 playoffs. As guard Sam Davison ’21 puts it, they “entered the game with jitters.” The Aces had dealt with their fair share of chaos and turbulence up to that point, from not knowing whether they’d have a ‘20-’21 season, to having their season put on hold by the state, to being locked out of the central league playoffs due to health and safety protocol. They were determined to overcome these obstacles, though, as they were months deep into a wild ride and not ready for their postseason to come to an end. Amidst all of the uncertainty of this season and the fear that everything could come to an end, the Aces locked in immediately and closed out the game in the second half. “Business as usual,” Davison said of their late-game performance, which led to a decisive 70-51 victory.

The Aces then moved on to Cheltenham, the number 1 seed in the district. A shaky start for LM allowed Cheltenham to come out of the gates performing like the number 1 seed they were. After being down 9 at the end of the first quarter, the Aces were able to make up some ground and close the deficit to 4 points as the halftime buzzer sounded. Similar to the Downingtown West game, the second half was all Aces, as they maintained a multiple-possession lead throughout the 3rd and 4th quarters. A baseline cut turned emphatic slam dunk for star big man Demetrius Lilley ’22 extended the lead to 8 with 5 minutes to go in the contest and ultimately secured the momentum for the Aces, who completed the shocking upset to move on to the semifinals against the league rival Garnet Valley Jaguars.

As the #4 seed and the hottest team in the district, Garnet entered the matchup on a month-long winning streak, most recently coming off a 25 point victory against the #5 seed, Perkiomen Valley. The outcome was uncertain early on as the Aces and Jaguars exchanged a brief flurry of baskets, but as the game settled, LM took definitive control of the contest. Leading after every quarter and keeping Garnet Valley down by double digits in the fourth, the ecstatic Aces celebrated in the Garnet wrestling room-turned-makeshift locker room. They were headed to the district finals for the first time since 2013, as they punched their ticket to a date with Abington at home.

The Bryant gymnasium was buzzing with electricity. The day of the district finals (March 20) had arrived. Lower Merion parents shuffled into the stands. This was the Aces’ first home game of the postseason, and their comfort as hosts became evident as they quickly established domination, jumping out to a double digit lead in the first quarter and never looking back. The win gave LM their first district title since 1996, when none other than Kobe Bryant starred for the Aces. In the midst of the postgame water revelry, Assistant Coach Kevin Grugan told his team, “You can’t buy this feeling with 1-million dollars. This is an unbelievable feeling.” The district title had been the one accomplishment eluding the program over the past 25 years but, “the one thing [Kobe Bryant] was able to help bring us that was out there this year, you guys got it done… you honored his legacy,” Assistant Coach Doug Young expressed.

It almost seems like a fictional story. It began with the tragic death of Kobe Bryant, the heartbeat of the Aces basketball program. It eventually moved into improvised team practices and workouts, multiple season shutdowns, and even fears that the season might be cancelled altogether. It culminated in a district title 25 years after Kobe won it, in the gym he built. It was the storybook ending to an unforgettable season.