The Descent of Del Ray

Lana Del Ray cannot seem to keep her head above controversy; from calls of glamorizing abuse, to accusations of white fragility. Will her fans stay loyal? 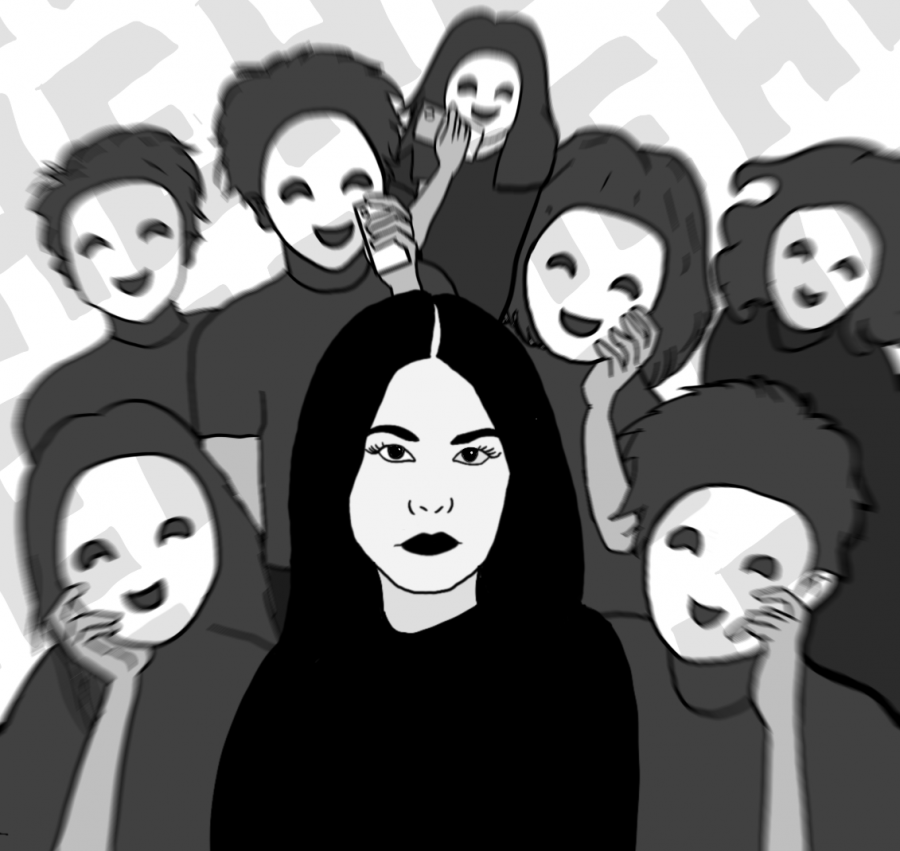 Singer-songwriter Lana Del Rey, known for her melancholy lyrics, has created chart-topping songs and developed a large fanbase. However, for the entirety of her career, controversy has followed Del Rey, beginning with backlash for cultural appropriation when she donned a Native American headdress in a music video and criticism for glamorizing abuse in another video. The past year was particularly tumultuous for the singer, and for many fans, it’s getting harder and harder to keep defending her actions.

Last May in an Instagram post, Del Rey posed a “question for culture” where she called out many successful female artists, including Beyoncé and Cardi B. Believing she was suffering from a double standard, she questioned, “Can I please go back to singing about being embodied, feeling beautiful by being in love even if the relationship is not perfect… without being crucified or saying that I’m glamorizing abuse?” The statement felt rather unprompted as it followed glowing reviews on her album Norman F****** Rockwell. Fans and critics alike believed Del Rey unnecessarily dragged strong, successful women down, most of whom were women of color. This sparked accusations of racism and Del Rey’s comments on the backlash came off as extremely defensive. She responded by saying “Don’t ever ever ever ever call me racist,” instead of taking responsibility for her actions. She then further detailed her explanation in a follow-up Instagram post, saying, “I want to say that I remain firm in my clarity and stance in that what I was writing about was the importance of self-advocacy for the more delicate and often dismissed, softer female personality.” Del Rey continued to play the victim while never acknowledging the fault in her offensive comments, and in the process she lost many fans and supporters.

Del Rey reignited controversy just five months later last October as she posted an Instagram picture from a book signing event showing herself wearing a mesh mask. Amid the COVID-19 pandemic, incorrectly wearing masks has continually sparked outrage. When Del Rey wore a mask filled with holes, many fans declared that they were tired of defending her, calling her “selfish.”

This January, after revealing the cover for her new album Chemtrails Over the Country Club, which pictured a black and white filter over Del Rey surrounded by her friends, she preemptively addressed the lack of diversity saying, “We are all a beautiful mix of everything—some more than others, which is visible and celebrated in everything I do,” and then finished off by adding that some of her closest friends are “rappers.” This controversial post also resulted in many fans disassociating from Del Rey, even describing her actions in a tweet as “Textbook white fragility problematic white woman.” Shortly after releasing Chemtrails over the Country Club in late March, Del Rey posted a snippet from an old article that criticizes her, saying, “Thank you again for the kind articles like this one and for reminding me that my career was built on cultural appropriation and glamorizing domestic abuse.” She then announced another album, Rock Candy Sweet, to be released in June, vowing to get “revenge.”

Like many celebrities, Del Rey has obviously shown a tendency for controversial actions that can no longer go unnoticed. There is no denying that Del Rey is a gifted singer-songwriter and her music, filled with unique lyrics, will always trigger an audience. While it is impossible to condone her actions, if Del Rey continues to create music, she will continue to have a fanbase, and fans must continue to hold Del Rey accountable for her rash, ignorant actions and call out her missteps. As someone who loves Del Rey’s music, I can understand the importance of disassociating the artist from their art. A key step for any fan to do this is recognizing the fault in Del Rey’s actions, instead of rushing to defend her. I will continue to listen to her music, but will consciously make the effort to be a fan of the music, not Del Rey. For the time being, I excitedly wait for her upcoming album and hope Del Rey finally listens to people’s responses to her actions instead of spreading unnecessary comments that only worsen the issue. However, if Del Rey’s offensive comments persist, I will also reach my threshold for being any type of fan.