LMSD claims to be against racism, but do the district’s actions contradict this? 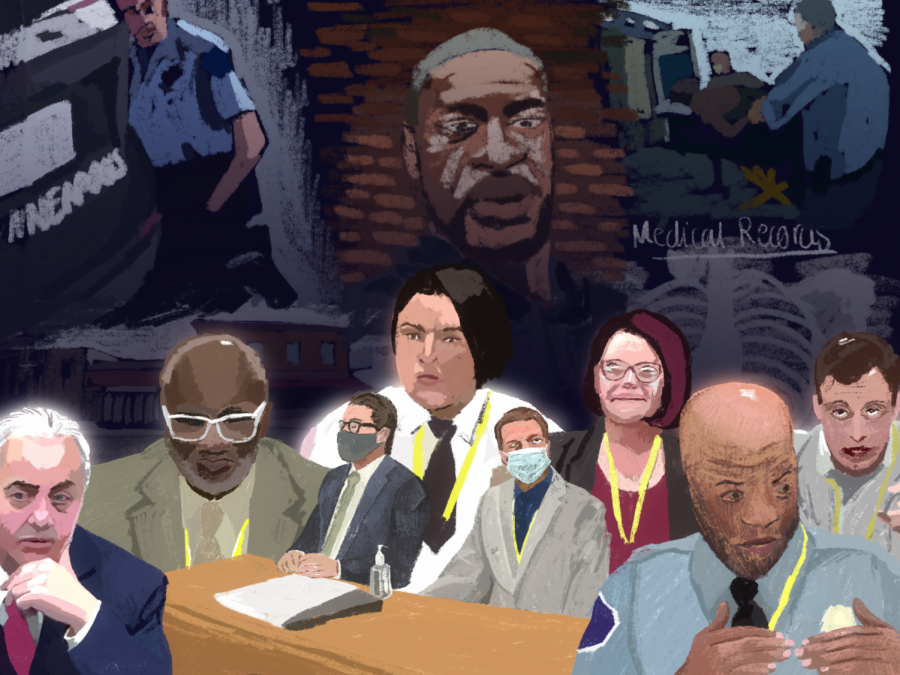 Recent events have forced us all to look at the way we analyze race in America. | Graphic by

The height of the Black Lives Matter protests in May have undoubtedly changed the world we live in. From entertainment to political policy to the way race is discussed in America, the murder of George Floyd and the outrage it caused has clearly had a lasting impact on us all. The areas of this country that have been impacted the most by slavery, segregation, and systematic oppression have received the most changes. In fact, the current Congress is the most racially diverse in history. However, one part of American society still needs much more work. The education system in the US has many racial problems: it’s no secret that the education system in the U.S. is one of the most citable instances of racial oppression. A simple comparison of an inner-city school public school and a high school like LM should show this. On a less broad level, the racial problems still exist. LM has a reputation for being progressive and liberal through its classes and programs, but the dark truth is that there still remains malignant traces of racism within our school as well as an insensitivity towards it that can be seen in faculty and students alike.

Prior to the BLM protests last year, racism in LM was blatantly obvious. Students have voiced concerns over the problems. Rissa Howard ’22 stated, “Microaggressions happen to me all the time and have over past years at LM. One time this kid found out I was Black and was like ‘wow she’s Black and she actually gets good grades.’” Howard recalls teachers being within earshot and not taking any action. She is far from being alone. I remember hearing a white history teacher telling us that the European colonists we studied in class were “our ancestors,” completely ignoring the many students whose history wasn’t that of the white, European, Christian conquistador. In past years, I also remembered white students stealing durags from Black students and wearing them while making jokes about playing basketball better. Spreading stereotypes about communities and appropriating cultures is never something that should be tolerated but is commonplace at LM.

Since the death of George Floyd back in May, the school district appears to be putting on an educated, progressive façade. The school district began sending out emails and releasing public statements concerning their support for Black students and apologies for the racist actions of several students. However, many students feel that there is no action behind those words. Simone Reece ’24 states, “the school district can apologize as much as it wants but there’s a point where they just aren’t doing anything.” Instead of working on these problems and actively trying to reduce racism in Lower Merion, the school district and administration appears to be more comfortable apologizing in a broad, evasive way for the actions of their students. They are not accountable to the students who they influence. One more problem these emails and statements highlight is the power white parents have over Black parents. The district was never concerned with supporting students of color until the BLM protests raised the awareness of white people who have never had to experience oppression. It was only once those parents became aware and took issue with Lower Merion’s racist culture that Lower Merion began releasing these emails.

The administration and state legislation alike has neglected to confront the experience of Black students at LM. At one meeting, a Black student sharing her stories of being oppressed and discriminated against was interrupted by multiple high-level administration workers and told that her experiences were “implausible” and “didn’t make sense.” This constant disregard for the Black experience in Lower Merion hasn’t gone away. Students like Jackie Munis ’21 have begun stepping up to compensate for the lack of action by the administration. Munis founded the Council for Racial Equity and Inclusivity, or CREI, an organization dedicated to fostering diversity, inclusivity, and equity in all aspects of LMHS culture. The faults of the district have fallen on the backs of the students it is supposed to protect.

Though administration holds great power in the district, perhaps an even more important factor in Lower Merion’s culture is the teachers. Several teachers have done an exemplary job educating themselves and holding conversations in classrooms. That being said, a vast majority of the educators at LM have not held themselves responsible in the past or in reaction to the BLM awareness. Not a single one of my teachers mentioned the Derek Chauvin case while almost every teacher covered white-led protests such as the insurrection at the Capitol. Though many teachers do not have the authority to change the curriculum they are given, there are numerous instances where current issues can be added to their lessons. Most teachers simply are not taking the responsibility to do so. The damage done in the classroom doesn’t end with negligence. When teachers do talk about race issues, they have been pushing Black students to give their personal input on topics they may not feel comfortable talking about. Munis notes, “I constantly feel pressure as a Black student to add in how I feel about race related issues which is a lot of pressure to put on one student.” Reece even recalls a teacher asking her specifically how she felt about a video portraying the lynching of Black people. Reece was one of two Black students in the class. Teachers should be allowing Black students to discuss racial issues, not ignoring or forcing discussion whenever it feels convenient.

Racism and oppression are not far off things at all and are experienced every day in our own high school. The protests in May were intended to be a catalyst for change in our community and Lower Merion needed it. However, we are still far from perfect. Administrators continue to give little to no concern towards the systemic racism that plagues our school and it shows. Sending out emails apologizing for student and teacher behavior is not enough. Many teachers continue to be insensitive or negligent of the larger issue at play and no one is holding them accountable to do so. Our school district continues to ignore the oppression even after huge national protests. This lack of acknowledgement fails the students of color they are supposed to be educating. It’s time for LM to have a more inclusive and equal culture. LM should take a more proactive approach to these problems than just sitting on the sidelines and letting racism infect the school. The school should fight racism, and not let it be an example of it. It’s time for change, LM.