Climate change influences LM as the district faces more rainfall than in previous years. Alongside more flooding in LM, temperatures also appear to increase this spring. 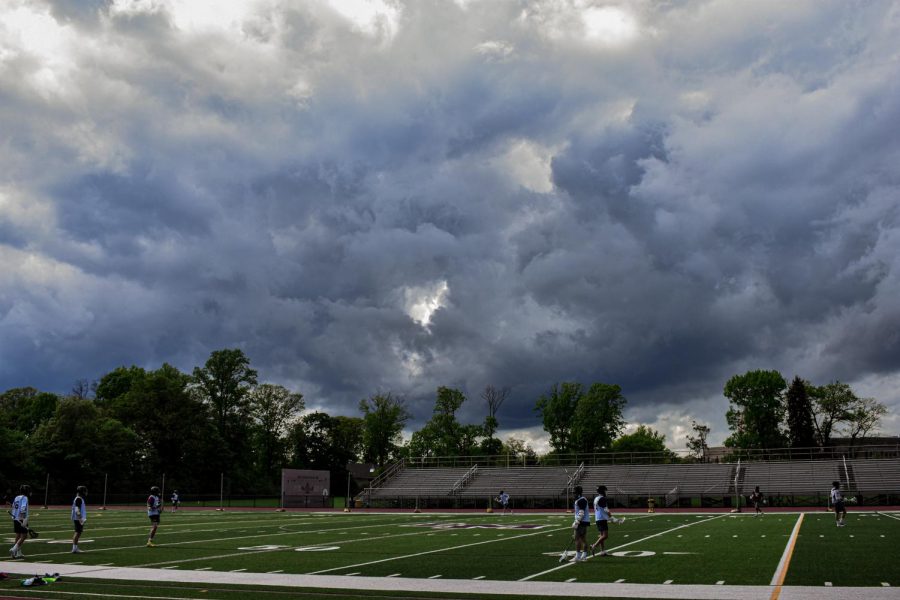 The popular elementary rhyme “April showers bring May flowers” may not be as applicable this spring as it usually has in past years. People’s expectations for May include warm weather, sun, and a preview to summer. There will still be some beautiful days, but climate change has altered usual weather patterns. Flowers are blooming earlier, glaciers are shrinking, and the behavior among animals is shifting. While these are just a few of the detrimental effects of climate change, there are specific ones that apply to the LM community. This May, more rainfall and higher temperatures are predicted in LM Township.

Rainfall levels in Pennsylvania are expected to surge compared to previous years. In the last fifty years, the frequency of heavy rain in the Northeast has grown by nearly 75 percent. This is not a normal cycle of the earth, but a drastic effect of the world’s climate change crisis. These levels lead to flooding and a large risk of mudslides that can threaten homes. Flooding is one of the most common natural disasters in Pennsylvania, destroying thousands of homes and costing a fortune each year. Homes near water or in low-lying areas are at an increased risk of flooding. The rising rainfall will cancel school practices, sports, and other outdoor activities. Within the first week of May, four of the seven days have a solid chance of rain. This does not ring in the usual “turning the corner” feeling at school. Sophomore Emma Burke is a player on the LM girls’ soccer team and plays for the LM Soccer Club. Her athletics require a lot of time outdoors on different types of fields, which are compromised by rain. Burke voiced, “It definitely rains quite a bit. It’s annoying because if we ever have anything scheduled on grass and there’s rain or it’s recently rained, our games and practices get cancelled because we would ruin the fields. Luckily I really only play on turf so that doesn’t affect me too much but it definitely has a negative impact on teams who are maybe less fortunate and can’t afford to play on turf fields. With rain during practice we may not be as productive because the quality of play is not as good. Rain can interfere with games because it can create unfair situations that would not happen in normal weather conditions. It’s also hard to maintain focus and stay mentally strong when it’s downpouring.” This weather change that may seem minor has greater impacts than at first glance.

Warmer-than-normal temperatures are also expected to hit LM this spring on top of the increased rainfall. According to the Pennsylvania department of Environmental Protection, temperatures in Pennsylvania rose 1.8 degrees Fahrenheit in the last century. This growth is not part of earth’s natural heating and cooling phases. Pennsylvania is expected to warm another 5.4 degrees Fahrenheit by 2050, tripling the current number in only 29 years. These higher temperatures have led to higher concentrations of ground-level ozone, which can lead to greater asthma rates come springtime. Brynn Adler ’23 expressed, “My asthma gets worse in the spring and times of generally warm weather, because of the large amount of pollen floating around.” She is one of the many people at LM who have asthma and/or pollen allergies. Warmer temperatures allow for pollen to be produced quicker and earlier, making 2021 one of the longest pollen seasons recorded. This past winter, the temperatures ranged from the high teens to the mid-fifties. Although many of LM’s students opted for a virtual schedule at home, there were only one or two instances where classes were cancelled for winter weather. Compared to the raging snowstorms Pennsylvania is notorious for, this year was very underwhelming in the snow department due to this heating.

Temperatures in Philadelphia are projected to be similar to those in Richmond, Virginia. It is not natural for a city in the northeast to share temperatures with a city in the south. These new weather conditions are far from normal and disturb the LM community. LM students know the frustration of receiving an email that practice was cancelled because of rain. The grass fields across the streets absorb so much water that they take days to dry. This warmer and wetter weather cuts winter short and leads to a long, pollen-infested spring. As the school year begins to wrap up and the LM community adapts to spring, the effects of this rainy, humid season rub off on LM students.